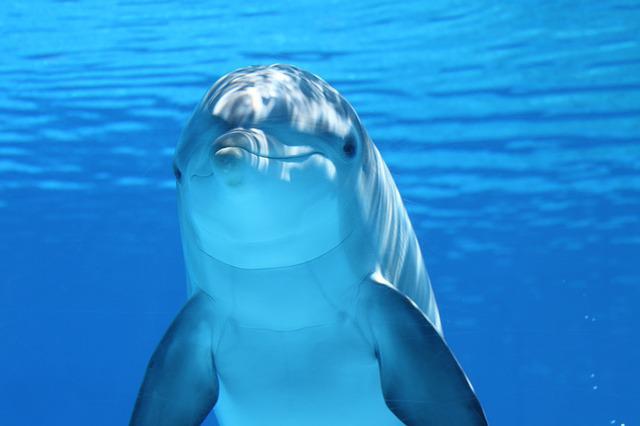 Within the next 2 decades, global temperatures are likely to rise 1.5 degrees Celsius

The last 7 years have been the warmest on record

The data shows that the Earth’s average temperature has increased by 1 degree Celsius since 1880. If current trends continue, the world will likely see temperatures rise by an additional 2 degrees Celsius over the next 100 years.

There are a number of theories regarding the cause of the recent rise in temperature. Some say it’s a result of the greenhouse effect, the impact of human activity on the environment. Others say it’s due to the natural cycles of the planet.

While the debate continues, the evidence is indisputable; the climate is changing, and this is causing problems around the globe.

According to the UN, nearly half of all species face a high risk of extinction due to climate change. There are more than 1 million species around the world.

If we don’t start doing something about climate change, there won’t be anything left to save.

We are certain we’ve caused it

You might be thinking, “Yeah, sure, but we are causing it, and we need to do something about it.”

That’s true, but there is more to the story. In fact, we are certain that we’ve caused climate change. The science behind this is pretty clear. We know that humans are the main driver of climate change.

We are also certain that we need to act. As a species, we are responsible for climate change.

There is more than just the science behind this. There is the emotional aspect of it. If you look at the data, it is obvious that we are changing the environment. We are destroying our planet.

Humans are a destructive species, and we need to stop ourselves from destroying our own planet. We need to do something.

We need to be concerned about climate change because we’re seeing its effects now.

It has also been shown that global temperatures are rising at a much faster rate than they were before.

If this continues, there are many things that could happen. Sea levels could rise, oceans could become acidic, and water shortages could occur.

This could cause serious problems. People could move away from areas that are threatened, and countries could be forced to relocate their populations.

In short, we could lose a lot.

The ocean absorbs most of the heat we produce

This means that we are producing more heat than we are actually losing. But it’s not only the oceans that are affected. The Earth’s atmosphere is also warming up.

This is because our greenhouse gas emissions are causing the planet to warm up, which is then causing the Earth’s atmosphere to absorb the heat.

This is known as the greenhouse effect.

CO2 is at its highest in 2 million years

CO2 is a greenhouse gas, and it traps heat in our atmosphere. In recent years, CO2 levels have been increasing at a rapid rate. The increase in CO2 has led to a rise in temperatures and an increase in extreme weather events.

CO2 is at its highest level since at least 2 million years ago. This is the time when the dinosaurs ruled. They were wiped out by a large asteroid, which we call the K-T extinction event.

We are losing 1.2 trillion tons of ice each year

A large part of the Earth’s water cycle is due to the loss of land-based ice from glaciers and ice sheets. Since 1900, the amount of ice in the world has decreased by 30 percent, and the rate is increasing.

Every time there is a flood or a drought, you’re reminded of this. This is why it is important to understand that climate change is an ongoing problem.

The good news is that climate change is not an inevitable future event. We can change the course of this process. If we are concerned about it, then we can take action now. 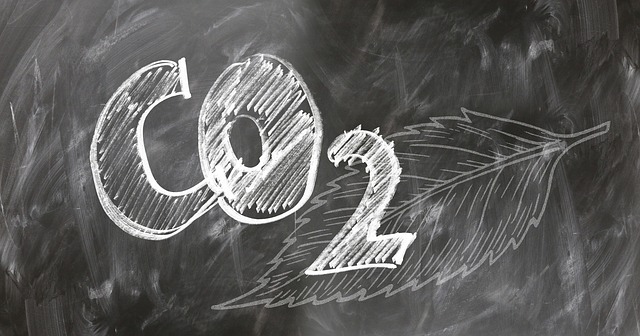 Our remaining carbon budget is tiny

According to the IPCC, humanity is currently using up its carbon budget. This is an important number. The carbon budget is a measure of how much carbon humanity can emit before the planet heats up too much.

The IPCC reports that if we continue to emit at current rates, then the average global temperature will rise by 3.7 degrees Celsius by 2100. In other words, we have until the end of this century to reduce our emissions.

If we continue to emit at current rates, the planet is going to heat up by 3.7 degrees Celsius. This is a problem.

The good news is that we still have some wiggle room. This means we can reduce emissions and still prevent the most serious impacts.

To do this, we have to cut our emissions to the lowest levels possible. The IPCC reports that if we keep reducing emissions, we’ll reach zero carbon dioxide emissions in about 115 years.

A recent report by the National Oceanic and Atmospheric Administration (NOAA) suggests that the frequency and severity of heat waves will continue to increase.

The researchers believe that climate change has increased the likelihood of heat waves. They also believe that the increase in heat waves is linked to a decline in precipitation.

We’ve known for a long time that we’ve been causing climate change. We’ve also known that it’s a very slow process, but it’s happening much faster than we expected.

In the last 100 years, we’ve experienced 0.85C of warming. However, this is still a lot compared to what is considered safe.

Human activity is the main cause of climate change

It’s as if the Earth is a giant washing machine, and we’re the detergent. We’re still pouring the soap into the wash, but it’s not doing much good.

We’re the ones who are supposed to stop the Earth from spinning out of control. So, why aren’t we doing it?

Pre-industrial CO2 levels were around 280 parts per million (ppm). Today, we stand near 420 ppm

It’s important to note that this is a gradual increase. However, the pace at which we are increasing our carbon emissions is more than the natural rate at which we are absorbing CO2 from the atmosphere.

While we can’t reverse the effects of this dramatic change, we can make sure that we’re acting responsibly.

Our planet is the only one that we’ve got, so we need to do what we can to preserve it.

We are losing 1.2 trillion tons of ice each year

According to NASA’s Goddard Institute for Space Studies, we are losing about a trillion tons of ice per year. This is a huge problem. This loss of ice is causing a rise in sea levels. It’s also making the oceans more acidic. And, when the oceans are more acidic, the food chain is affected.

We also need to consider that the Arctic is warming up faster than any other area on the planet. As temperatures rise, the melting of ice will release even more carbon dioxide into the atmosphere.

This is a major problem because carbon dioxide is a greenhouse gas. Greenhouse gases trap heat from the sun. This causes the temperature to rise, which leads to more melting of ice.

It’s going to get worse. Scientists predict that the rate of ice melt will increase by 50% by the end of the century.

The IPCC kicks off its latest report with the following statement: “It is unequivocal that human influence has warmed the atmosphere, ocean and land.”

The Intergovernmental Panel on Climate Change (IPCC) is the world’s leading scientific body on climate change. Its mission is to assess the current state of climate science and to provide decision makers with the information they need to take effective action.

The IPCC’s latest report, titled ‘Global Warming of 1.5°C’, has been released.

Air pollution is a huge problem. It’s a leading cause of death and disability. According to the World Health Organization, air pollution kills over 10 million people every year.

In the United States alone, air pollution is responsible for nearly 1.6 million deaths every year. That’s roughly 10 percent of all US deaths.

Air pollution is linked to several diseases and health problems, including cardiovascular disease, cancer, respiratory diseases, and neurological disorders. It is also the primary cause of asthma and chronic obstructive pulmonary disease.

The world is already in the middle of a climate crisis. We are facing the reality of what’s to come if we don’t act now.

According to the International Energy Agency, the world’s economies are on track to lose 11 to 14 percent of their gross domestic product (GDP) by mid-century if we continue to do nothing to address climate change.

It’s a huge risk that we are taking.

But the good news is that we can prevent this from happening.

The good news is that we can end climate change. The bad news is that the cost is high. It’s estimated to cost between $300 billion and $50 trillion over the next two decades. This is a lot of money, so we should be prepared to make the necessary changes.

We need to do this because the consequences of climate change are huge. For example, the sea level is rising, which means more coastal flooding. This leads to a whole host of problems, including the loss of property and damage to infrastructure.

Climate change also has a negative effect on agriculture. Crops are being destroyed by extreme weather events. This makes it harder to feed our growing population.

And it’s not just about the environment. Climate change is linked to numerous health issues. The biggest ones include mental illness, respiratory problems, and heart attacks.

It’s time for us to do something about this. And we need to start right now.

By 2070, 3 billion people could face extreme temperatures of 29°C which is the same as the Sahara desert

Many experts say that this increase in temperature will be dangerous and that it could lead to a decrease in the number of people on Earth. Experts also predict that the current global population of 7.4 billion could shrink to 5.3 billion. 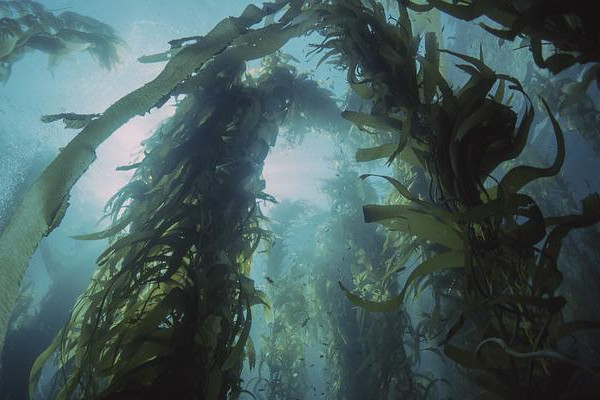 In conclusion, the world has been experiencing climate change for thousands of years. However, the current increase in temperature has been noticed and documented since the 1800s. The effects of climate change are already being felt by us now. We are only going to experience more and more extreme weather events in the future. It is vital that we reduce our reliance on fossil fuels and begin to shift our energy sources towards renewable ones.